Subject: Something to consider

Spill It to BravoandCocktails.com:
With so much talk about Lizzy and her firing, people aren’t considering the fact that many times the first few weeks or even months of filming doesn’t get included in the final edit of the show. SLC completely cut out the first month of filming this season which included Heather and Jen going to see Mary’s abandoned church and the Meredith/Jen/Jeanie sit down. RHOBH has done the same thing in multiple seasons, often flashing back to scenes that never aired in the first couple episodes. RHONY will be able to easily scrap the Lizzy stuff and be just fine! 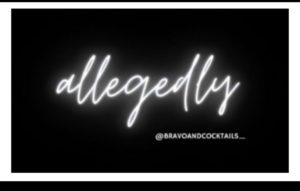